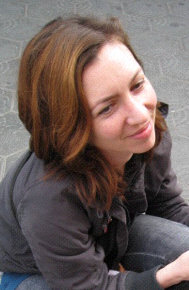 About the author: Maya Kandel

I am a historian, associate researcher at Université Paris 3 Sorbonne Nouvelle University (CREW).

I write a bimonthly column on the United States for the French publication Mediapart; I also have a video column; you can find my work for Mediapart here.

In 2021, I was a Senior Fellow and Director of the U.S. Program at the French think tank Institut Montaigne.

Before that, from 2017 to 2021, I was in charge of the United States and transatlantic relations at the Policy Planning of the French Ministry of Foreign Affairs.

From 2011 to 2016, I was a Senior Research Fellow and the Director of the Program on the United States at the Institute for Strategic Research (IRSEM), the French war studies research center.

I completed a PhD in history in 2010 at the Ecole doctorale de Sciences Po Paris on the US Congress and foreign policy. I also studied at Columbia University’s School of International and Public Afffairs (SIPA).

My PhD received the national prize (Prix 2010) of the French Institute for High Defense Studies in 2010 (IHEDN).

Articles en English: several articles were translated by Institut Montaigne: you can read them here (scroll down from bio)

I grew up in Paris with an American father, a French mother, and two little sisters. I still have strong family ties on both sides of the Atlantic.

In a previous life, I was a journalist in New York, Paris and Latin America. In 2000, I was the “Young Journalist” laureate of the Hachette Foundation for print media. Mostly freelancing (in French and English) from Paraguay to Cuba, also New York on « Silicon Alley« , the Meatpacking District, and this too; including a great interview (in German) with Rem Koolhaas, another (in English) with David Dinkins; and even articles for Forbes.

I also worked for many years as a writer for French television (doing trailers for France 5 and France 3) – which financed my PhD years and some reporting.

All content of this blog belong to the author, Maya Kandel. Please contact the author for reproduction.